EO 1.39 – DESCRIBE the effect on system flow and pump head for the following changes:

Energy Conversion in a Centrifugal Pump

The volute is a region of continuously increasing cross-sectional area designed to convert the kinetic energy of the fluid into fluid pressure. The mechanism of this energy conversion is the same as that for subsonic flow through the diverging section of a nozzle. The mathematical analysis of flow through the volute is based on the general energy equation, the continuity equation, and the equation relating to the internal properties of a system. The key parameters influencing the energy conversion are the expanding cross-sectional area of the volute, the higher system backpressure at the discharge of the volute, and the incompressible, subsonic flow of the fluid. As a result of the interdependence of these parameters, the fluid flow in the volute, similar to subsonic flow in a diverging nozzle, experiences a velocity decrease and a pressure increase.

Operating Characteristics of a Centrifugal Pump

Normally, a centrifugal pump produces a relatively low-pressure increase in the fluid. This pressure increase can be anywhere from several dozen to several hundred psid across a centrifugal pump with a single-stage impeller. The term PSID (Pounds Force Per Square Inch Differential) is equivalent to ∆P. In this context, it is the pressure difference between the suction and discharge of a pump. PSID can also be used to describe a pressure drop across a system component (strainers, filters, heat exchangers, valves, demineralizes, etc.). When a centrifugal pump is operating at a constant speed, an increase in the system back pressure on the flowing stream causes a reduction in the magnitude of volumetric flow rate that the centrifugal pump can maintain.

Analysis of the relationship between the volumetric flow rate ( ) that a centrifugal V ̇ pump can maintain and the pressure differential across the pump (∆Ppump) is based on various physical characteristics of the pump and the system fluid. Variables evaluated by design engineers to determine this relationship include the pump efficiency, the power supplied to the pump, the rotational speed, the diameter of the impeller and blading, the fluid density, and the fluid viscosity. The result of this complicated analysis for a typical centrifugal pump operating at one particular speed is illustrated by the graph in Figure above.

The pump head, on the vertical axis, is the difference between system backpressure and the inlet pressure of the pump (∆Ppump). Volumetric flow rate ( ), on the horizontal axis, is the rate at which fluid is flowing through the pump. The V ̇ graph assumes one particular speed (N) for the pump impeller.

Cavitation can be a very serious problem for centrifugal pumps. Some pumps can be designed to operate with limited amounts of cavitation. Most centrifugal pumps cannot withstand cavitation for significant periods of time; they are damaged by erosion of the impeller, vibration, or some other cavitation-induced problem.

By maintaining the available NPSH at a level greater than the NPSH required by the pump
manufacturer, cavitation can be avoided.

Using these proportionalities, it is possible to develop equations relating the condition at one speed to those at a different speed.

A cooling water pump is operating at a speed of 1800 rpm. Its flow rate is 400 GPM at ahead of 48 ft. The power of the pump is 45 kW. Determine the pump flow rate, head, and power requirements if the pump speed is increased to 3600 rpm.

It is possible to develop the characteristic curve for the new speed of a pump based on the curve for its original speed. The technique is to take several points on the original curve and apply the pump laws to determine the new head and flow at the new speed. The pump head versus flow rate curve that results from a change in pump speed is graphically illustrated in the Figure below. 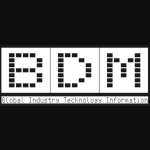 39 thoughts on “What Is Centrifugal Pumps and Its Characteristics”